The Rays found there much-needed Designated Hitter on Wednesday when they signed 33 year-old veteran Luke Scott to a one-year deal (with a 2013 club option). The former Baltimore Oriole played mostly in the outfield, but also contributed at the DH position. Scott is clearly going to have to get used to playing DH, because that’s the reason the Rays signed him.

The left-handed slugger had an off-year last season, but it was mostly because of an injured shoulder which cost him him over half the season. Before the injury, Scott was one a steady rise from 2007- 2010. In 2007 Scott batted .255 with 18 home runs and 64 RBI’s, in 2010 he hit .284 while smashing 27 homers and 72 RBI’s. Scott holds a career batting line 0f .264/.349/.494. The numbers show what kind of offense Scott is able of producing, which is is something the Rays have been lacking in recent years. If Scott can recover from his surgery and return to his slugger form, the Rays will be a very dangerous team in 2012. A veteran power bat in the middle of the lineup may have been the difference between an American League pennant and an early playoff exit for the Rays in the past two seasons.

Back in December, a columnist from the Tampa Bay Times wrote an article stating that the Rays are just a single bat away from winning the pennant in 2012. Although the idea seemed a bit too optimistic at first glance, Rays fans started to adhere to the thought. I personally believe that the statement is not only true for the 2012 season, but it probably could apply to last season as well. Hopefully, the Rays will take another dip into free agency to pick up a hard-hitting first baseman. Reports say the Rays are still in play to bring back Carlos Pena or Casey Kotchman to play first for the Rays in 2012. I think it’s likely that the Rays will sign one of the two, which should have Rays Republic very excited. Both are terrific defensively and did great jobs contributing to the offense during their time in Tampa Bay. Adding Kotchman or Pena into the middle of the lineup along with Scott would definitely have the Rays headed in the right direction.

The last subject that emerged arousing the Luke Scott acquisition, regards ex-Rays DH Johnny Damon. By signing Scott, the Rays essentially parted ways with the 38 year-old veteran. Since both Scott and Damon’s main position on the Rays is DH, it’s very unlikely Damon will be re-signed. Damon’s very aware of this, and expressed some frustration in his comments on Wednesday. He started by saying “It’s an unhappy day”. He continued by talking about how he thought the shortstop and catching spots were bigger offensive issues than the first base and DH positions. I don’t know if I can agree with that statement, but I must say that Damon makes a great point when reminding us that “Those positions were hitting under .200” last year.

Damon also told reporters that he loves to play for the Rays, and wanted to reach his 3,000 hit goal with the team. It’s easy interpret Damon’s comments as whiny or unappreciative, but I look as it as an honor for the Rays and sympathy for Damon. The fact that a player with a great career like Damon wants so badly to spend his last years with the Rays, should say something. Damon, a man who’s witnessed so much in baseball over his years, seems to respect the Rays more than any other team. I also feel bad for the guy too. Damon was a great example for the Rays clubhouse, and is one of the most unselfish players in Major League Baseball. It would be nice to see Damon get that magical 3,000th hit one day for the Rays, but let’s just hope Luke Scott can help us forget about it. 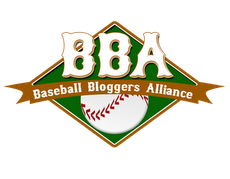